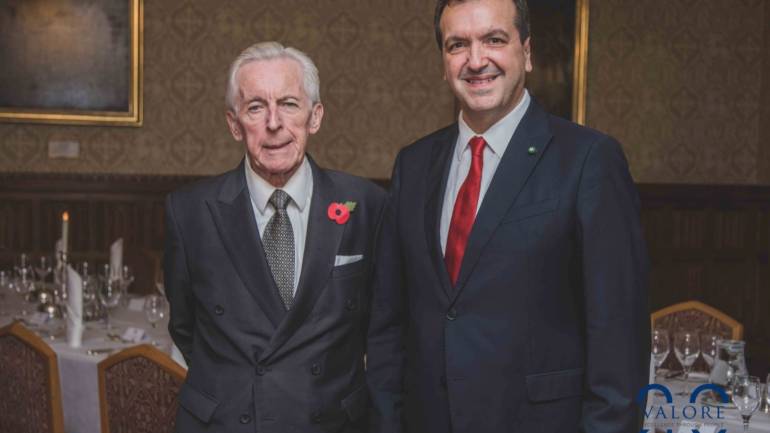 On Monday November 5th it took place a Cenacolo in London with Guest of Honor and keynote speaker Lord Daniel Brennan QC  at The House of Lords on the theme “The spirit fo entrepreneurship and the personal factor”.

It has been the second edition of the Cenacolo in London following the full success of the first edition that had as Guest of Honor Sir Ivor Roberts, former Ambassador of the United Kingdom in Italy, and who saw the participation of bankers, entrepreneurs and professionals of the City,

The purpose of the Cenacle is to stimulate the sharing of good ideas and a cultural deepening from which emerge universal values ​​and ideals capable of inspiring a modern leadership, based on responsibility and sustainability and is coordinated by Francesco Sansone, President and CEO of Valore.